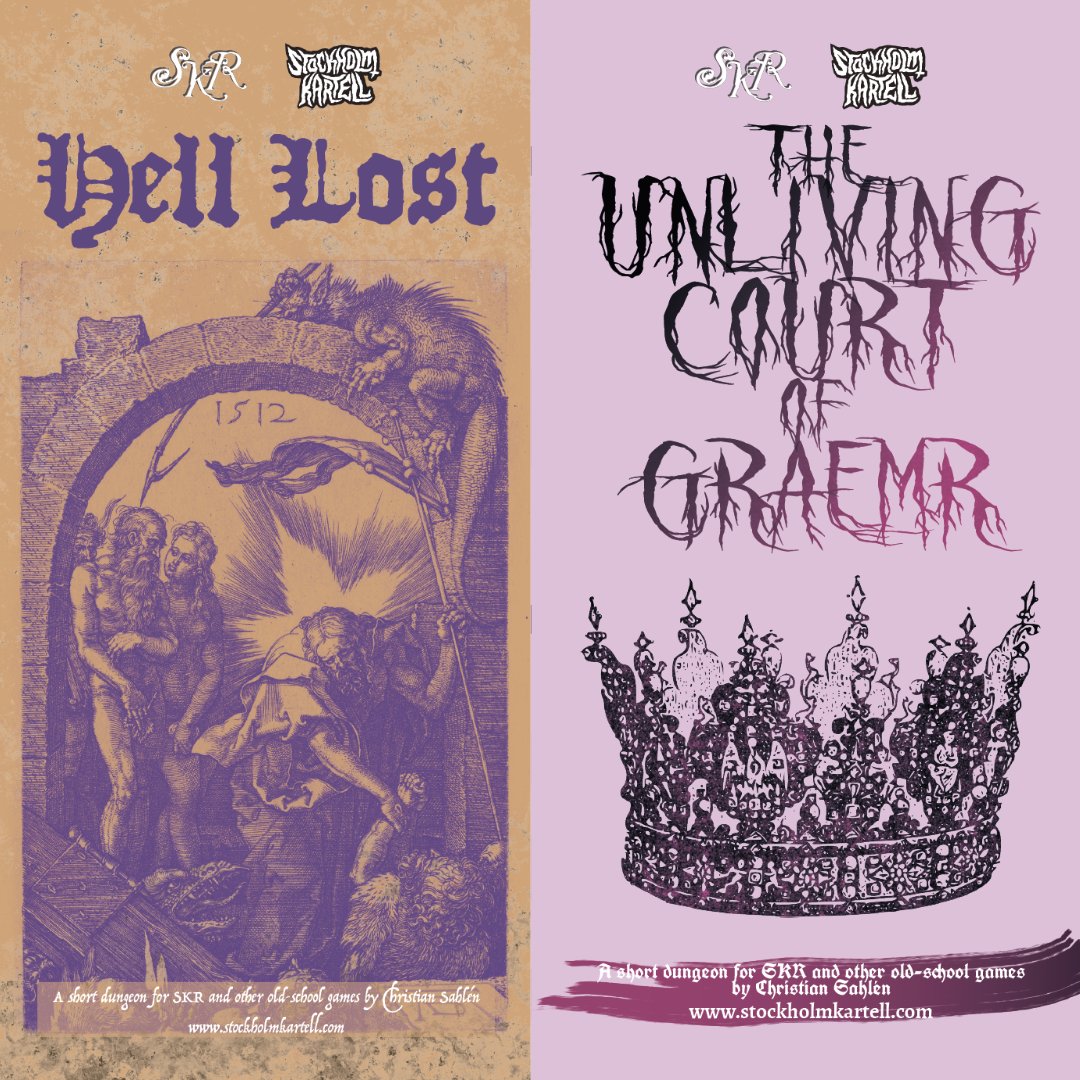 This is a set of two pamphlet modules. Short adventures for Old-school games compatible with SKR and the best versions of the original RPG. Each printed on a single A4 and folded twice into what looks like a museum pamphlet.
Set 3 includes the dungeons The Unliving Court of Graemr and Hell Lost. Both are written and designed by Christian Sahlén and are professionally printed on heavy paper.

The Unliving Court of Graemr
A tunnel collapse revealed a hidden system of tunnels. Brave idiots turned up to investigate, but few of them returned. Those who did, brought back gold and stories of a horrible scraping sound from deep below. And stories of giants still living down there in the deep.

Hell Lost
The air is full of smoke and ash. The sky is burning. The ground is cracked and covered in rocks as sharp as knives. The walls around you have carvings of dead faces wearing painful expressions. Beyond the walls are only darkness and fires. It’s eerily quiet.
The portal behind you inactive and cracked. You are trapped here. In Hell

0
Your bag is empty
Start shopping